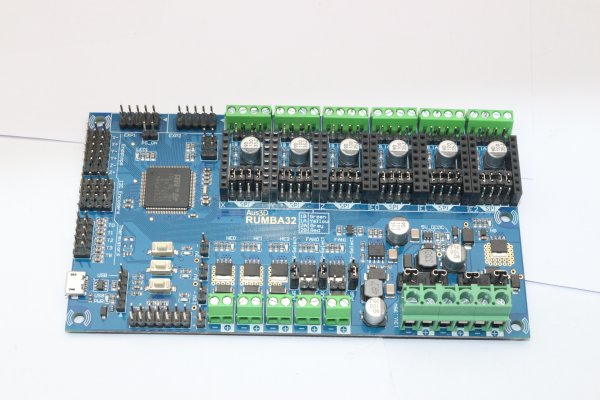 In keeping with the original RUMBA design, RUMBA32 is fully open source. RUMBA32 boards are available for sale in the Aus3D shop.

Instructions for configuring and uploading Marlin using PlatformIO can be found on the Marlin - Build and Upload (PlatformIO) wiki page.

RUMBA32 is currently supported by the following firmware: 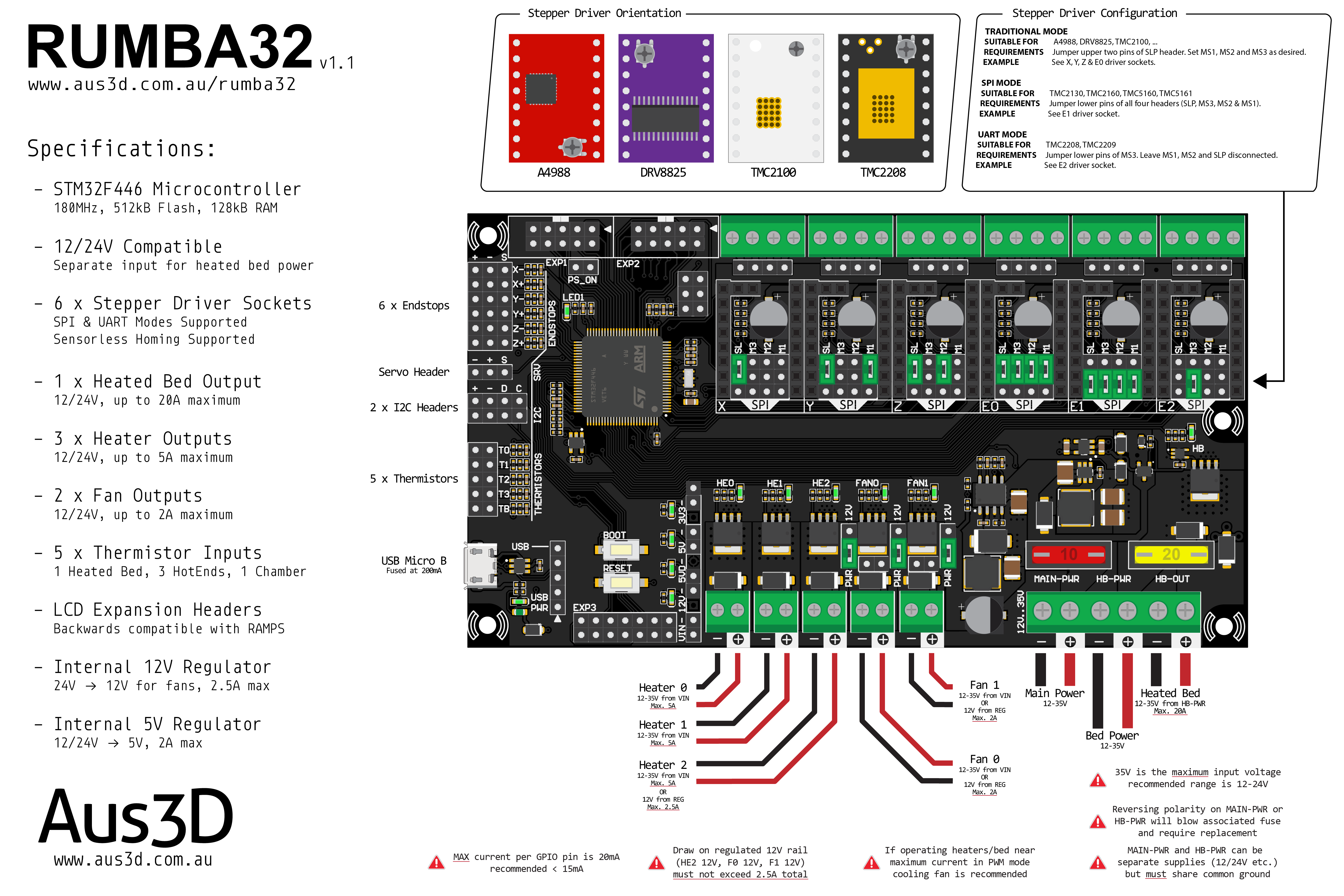 We love our RUMBA+ boards! They're great - plenty of stepper drivers, heater/fan channels to spare, and they're built like a tank. Their biggest weakness? Like most other printer control boards, they're 8-bit. Built around the same ATmega2560 that powers RAMPS, there are limits to what they can do and how quickly they can do it. These limits are a function of the CPU speed (16MHz) and the available memory (256K flash, 8K SRAM) of the ATmega2560. These specifications limit how many features you can enable, and how quickly you can run your printer - but now, RUMBA32 is here to erase those limits!

We've taken the tried and tested hardware design that is RUMBA+ and upgraded it with a new processor: an STM32F446. Boasting a 180MHz clock rate, 512Kb of flash memory, and 128Kb of SRAM, all built on a high-performance ARM architecture. RUMBA32 isn't just a little bit faster than RUMBA+ - it's an order of magnitude faster. If you're after a control board that will be set to handle cutting-edge firmware features now and into the future, RUMBA32 has you covered.

We'll say it again - RUMBA+ is a tank. It's sturdy and capable, and because firmware support is so mature, it's always dependable. Now, we've taken that tank and strapped a jet engine to it - and we think you'll like the result.

RUMBA32 is a 32-bit control board that doesn't force you to change your whole printer to suit it. Like RUMBA+ and RAMPS, it supports common character and graphical LCDs. RUMBA32 supports standard stepper drivers, like the A4988, DRV8825, and so on, but it also features added SPI driver support: just change the jumpers underneath any driver and you can use SPI-based stepper drivers, like the TMC2130 - no extra wiring required! RUMBA32 is a 32-bit control board that runs Marlin 2.0 - so if you're looking for a performance upgrade that will feel comfortable and familiar, RUMBA32 is it.